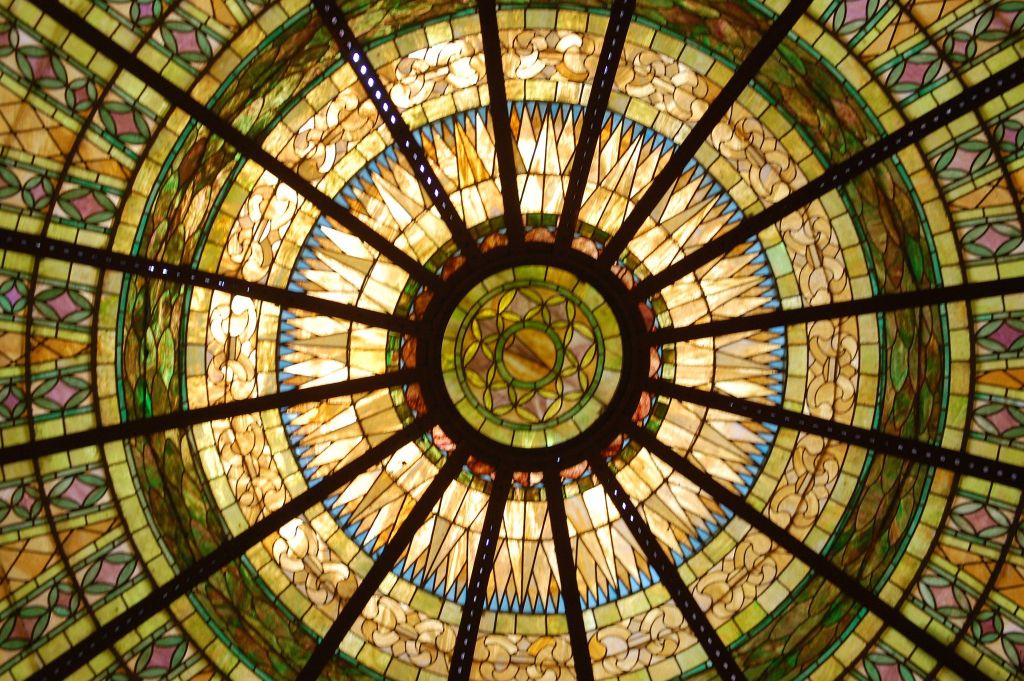 Grab the pdf or click to view the images below: 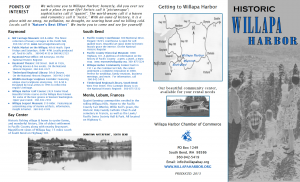 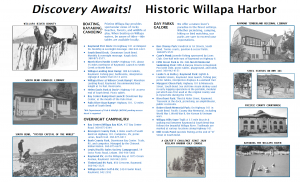 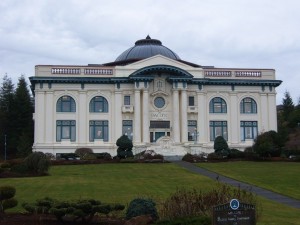 300 Memorial Drive, South Bend
The stately Pacific County Courthouse was built in 1911. The Courthouse was dubbed “The Gilded Palace of Extravagance” at the time due to its high costs. The cost of the building, art glass dome included, added up to $132,000. Due to money constraints, interior marble and other costly materials were eliminated. Later, in the 1940’s, the Commissioners made up for the lack of interior detail by assigning a County jail inmate who happened to be an artist the task of painting the panels in the foyer with scenes from the early history of the County. He also painted the cement columns on the second floor of the rotunda to look like marble. At a distance, visitors still mistake the fake marbling for the real thing.

Probably one of the most well know gravesites of the area due to it’s unique story. A memorial was erected in 1960 and reads: “On the hill behind is the grave of Willie Keil, nineteen year old son of Doctor William Keil of the Bethel Colony that came west to settle here in 1855. Willie was to have driven the lead team in the wagon train which was to leave Bethle, Missouri in the month of May, 1855.

Four days before their departure Willie died. Because of his great desire to go west with the group, the decision was made to take the body along. It was placed in a lead lined box and filled with alcohol. The sealed coffin was carried in a wagon renovated as a hearse which led the train west. Willie was buried here the day after Christmas, December 26, 1855.” 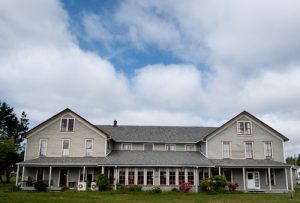 The Tokeland Hotel was originally built as a farmhouse in 1886 by William and Lizzie Kindred. In 1899, in response to the popularity of Tokeland as a summer beach resort, they added rooms to their home and turned it into “Kindred’s Tokeland Hotel”. The golf course, riding stables, and gun club at the hotel gave guests plenty of activities to fill their days.

Visitors to Tokeland in the early 1900’s took a steamer from South Bend to Tokeland, or traveled by horse-drawn coach along the beach from Westport. The Tokeland Inn was added to the National Register of Historic Places in 1978. Today the Tokeland Hotel still offers comfortable rooms and a full service restaurant to its’ guests. It is the oldest operating inn in Washington.