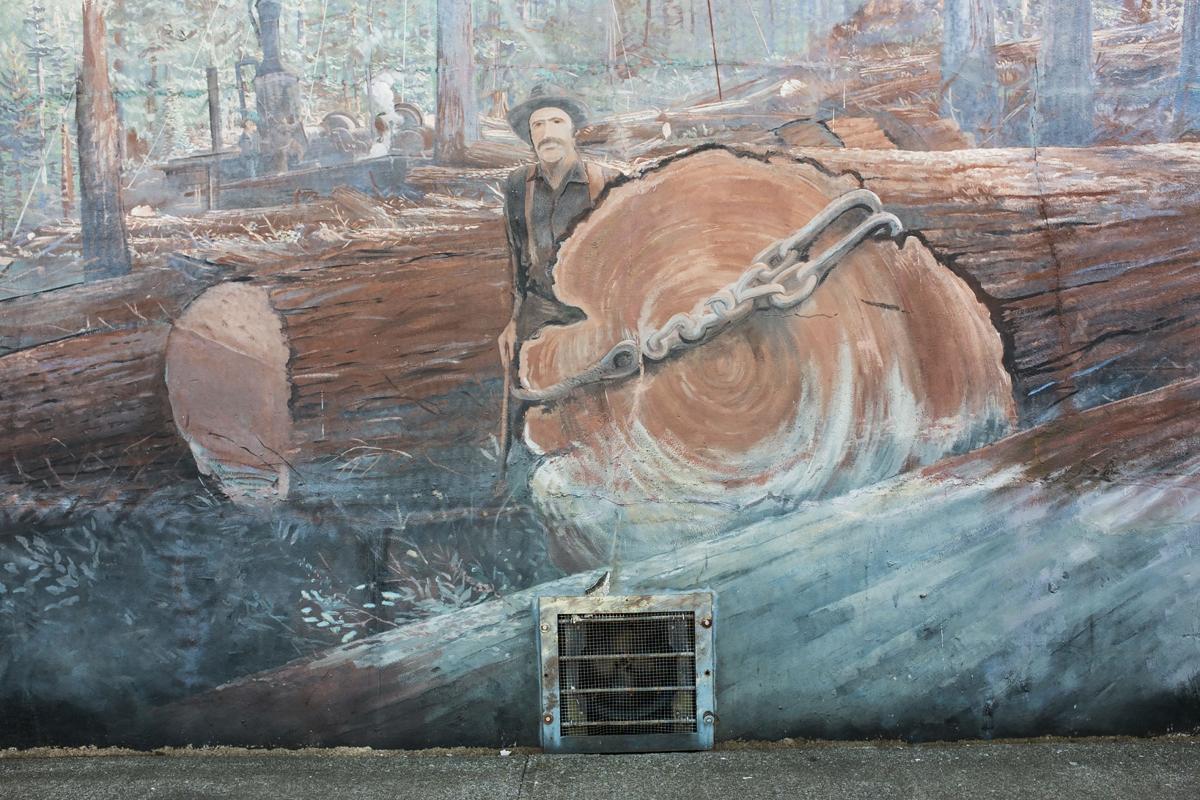 Dennis Company, Fifth and Blake Streets, Raymond.
Painted by Robert and Douglas Dafford on the Dennis Company building, this painting depicts the early logging days in the bustling town of Raymond

1008 W. Robert Bush Drive, South Bend.
Mural on the Pacific County Historical Museum was painted by Robert McCausland in 1992 and depicts South Bend and the waterfront in 1911 right after construction of the Pacific County Courthouse. It is based on a photograph in the museum collection.